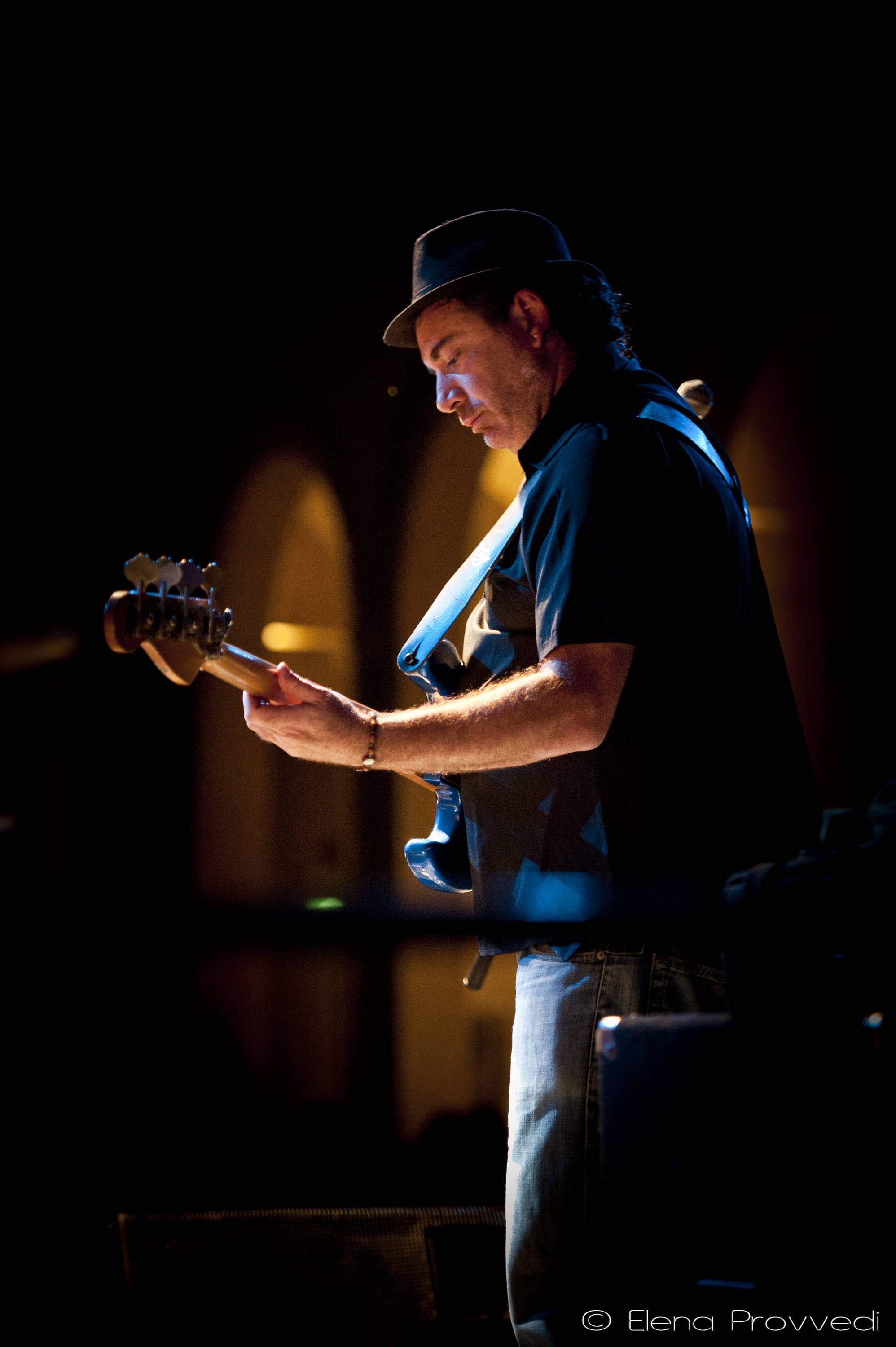 He is considered as one of the major specialists and virtuosos of the electric bass by the Italian national critique as well as internationally. Eclectic musician, who sprang from Jazz and its influences funky, blues and rock to Italian popular music. Pursuing a long and rich experience with all the best musicians of the Naples area of the time, he then relocates to Rome and undertakes a new series of collaborations, and, at the same time, initiates his solo career and band leader producing his first album ”Bassa Tensione”. Pippo participated to every Eurobassdays in Verona (Italy), to The Guitar Show of London, Musikmesse in Frankfurt, Bass Player Live of New York and Los Angeles, NAMM Show in LA. He performed with Jeff Berlin, Dominique di Piazza, Dario Deidda, Darryl Jones, Stu Hamm, Jonas Helborg, Linley Marthe, Mattew Garrison,Hadrien Feraud, etc. His current band is: ”PIPPO MATINO Trio”.